The Erin Andrews Lawsuit is Going to Trial 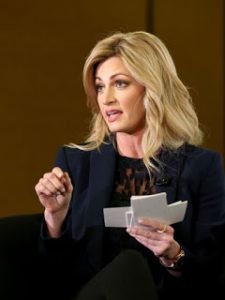 Reporter Erin Andrews is in Court in Nashville, Tennessee today for trial in the lawsuit she filed after a creepy stalker filmed her naked through a peephole in her hotel room at a Nashville Marriott and then uploaded one of the videos to the internet.

One interesting thing to note is that the incident happened in 2008 (the video surfaced in 2009), she filed the lawsuit in 2010, and yet the case is just now going to trial in February of 2016. It is sometimes said that “the wheels of justice turn slowly.” This tends to be true. I always warn clients about this.

A lesser-known fact is that Andrews first filed her lawsuit in Cook County (Chicago), Illinois. A link to the first lawsuit can be found here. It is common, depending on the Rules of Civil Procedure in the state in which a case is first filed, for a Plaintiff to dismiss a case “without prejudice” and then re-file it. An immense amount of strategy goes into such a decision. Although I do not have access to case information on either the Davidson County (Nashville) or Cook County Court websites, it appears Andrews dismissed the lawsuit without prejudice and re-filed it in Tennessee. It would be interesting to know why.

The Defendants in the case are Nashville Marriott at Vanderbilt University, Windsor Capital Group (which owns and operates the hotel, it appears) and David Barrett (the actual stalker). More were originally named but were dismissed by the Court, including Marriott International (a franchisor who the Judge decided cannot be held legally responsible). Apparently, Andrews has stated in Court documents that she is seeking $75,000,000 in damages. Yes, $75,000,000.00. However, it is unclear what the exact significance of that stated amount is. In Ohio, you generally are not permitted to request a certain amount in damages in your Complaint. However, it is common for the Defendants to inquire during discovery as to how much the Plaintiff is seeking. Andrews may have answered such an interrogatory by stating that she is seeking $75,000,000.00. That does not mean her lawyers will actually ask the jury to award that amount, though they might. Frankly, that number might have been intended to capture the attention of the media.

This will be an interesting case to watch. It would be a fun one to be involved in as a lawyer, whether on the Plaintiff or Defense side. One key issue will likely be whether Andrews’s lawyers can convince the jury to hold the hotel (and its owners) liable for what the stalker, a guest, did. If they can, they will also have to make their case for the amount of damages requested. Most of Andrews’s damages will presumably be emotional distress damages, which is always a challenge. How do you quantify the horror she has been through? One way for them to do that might be to figure out how many times the video has been viewed online and then ask the jury to award $1, or $10, or $100, or $1,000, etc., for each time.

To read more about the case, the specific legal claims involved and the challenges with respect to establishing both liability and damages, check out this Sports Illustrated article.