“Bankrupt” 50-Cent on How He Can Pose With Fat Stacks on Instagram: The Money in the Pictures is Not Real

There is now an update in the saga of Curtis Jackson (50 Cent)’s bankruptcy case. As was explained in this previous blog post, he has many legal woes and is trying to file for bankruptcy. However, despite claiming to be broke, he posted pictures on instagram of himself literally swimming in stacks of cash. His creditors found out and informed the Bankruptcy Judge, who hauled 50 into Court to explain himself.

50 has now attempted to do so. This article details his response. Basically, 50 claims the money in the pictures is fake. This will not win 50 any street cred, if it is true. It will be interesting to see whether or not the Judge buys the argument. On the one hand, it could be true. If I were the lawyer for the angry creditors, who are tryna’ get paid, I would take 50’s deposition and ask him to produce the fake money. The Judge could presumably order that as well.

Later that day, 50 posted this picture: 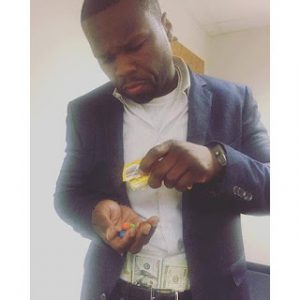 His caption: “I had to go to court today because”