Shue v. Ohio Dept. of Rehab. & Corr.: One Year Means One Year, and Other Valuable Lessons From the Tenth District Court of Appeals 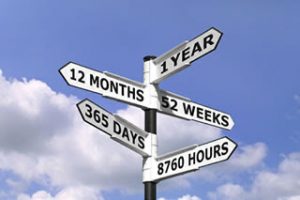 The Tenth District Court of Appeals recently decided the case of Shue v. Ohio Dept. of Rehab. & Corr. This case clarifies a rule – one year means one year, when it comes to Ohio’s Saving Statute – and provides a few other procedural lessons.

The Plaintiff sued the Ohio Department of Rehabilitation and Correction (ODRC), alleging nontreatment and negligent treatment of a spinal injury that resulted in paralysis. The lawsuit was filed in the Ohio Court of Claims, which hears cases against the State of Ohio. The Plaintiff had previously filed an identical lawsuit in 2013, but it was voluntarily dismissed on March 2, 2015. ODRC moved to dismiss on statute of limitations grounds, and the Court of Claims granted the motion. The Plaintiff appealed to the Tenth District Court of Appeals.

The Court of Appeals first clarified that a Complaint can be dismissed on statute of limitations grounds. The Court then explained:

However, March 3, 2016 is more than one year after March 2, 2015. The Plaintiff argued that the dismissal filed on March 2, 2015 was not effective until the Court of Claims noted the dismissal and assessed costs on March 6, 2015. However, the Court of Appeals dispensed with that argument, noting that “[i]t is well-established that a voluntary dismissal without prejudice pursuant to Civ.R. 41(A) is effective as of the date of the filing, not the date the trial court acknowledges the dismissal in a journal entry.” Another lesson that is not totally clear from the civil rules. Next, the Court explained why March 3, 2016 is more than one year from March 2, 2016:

Someone must have enjoyed writing that. The Court even noted that “[o]ne year in this case was 366 days since 2016 was a leap year, and the relevant time period included February 29, 2016.” The Plaintiff had one more argument – that his counsel acted with “excusable neglect” in mailing the filing from Delaware, Ohio on February 29, 2016 at 5:23 p.m. in the belief that it would arrive at the Court of Claims in Columbus by the close of business on March 2, 2016. However, excusable neglect is only applicable if a deadline set by a civil rule or court order is missed – it does not apply to statutes of limitation. The Court explained:

{¶ 11} Shue finally argues that his counsel acted with excusable neglect in mailing the filing from Delaware, Ohio on February 29, 2016 at 5:23 p.m. in the belief that it 1 One year in this case was 366 days since 2016 was a leap year, and the relevant time period included February 29, 2016. 5 No. 16AP-432 would arrive at the Court of Claims in Columbus by the close of business on March 2, 2016. (Shue Brief at 10-11, Ex. B.) Ohio Rule of Civil Procedure 6(B) provides that, “[w]hen by these rules or by a notice given thereunder or by order of court an act is required or allowed to be done at or within a specified time, the court for cause shown may * * * upon motion made after the expiration of the specified period permit the act to be done where the failure to act was the result of excusable neglect.”

If the statute of limitations is so close, then either overnight the filing to the Court and call to confirm receipt, or, better yet, drive down and file it or pay a courier to do so. The Court of Appeals must have agreed with me on this, because they did not show a lot of mercy in overruling this assignment of error. The decision aptly states: “While we certainly agree that missing the statute of limitations deadline in a case involving alleged paralysis was neglectful, as a matter of law such neglect cannot be considered excusable under Civ.R. 6(B).” Ouch.